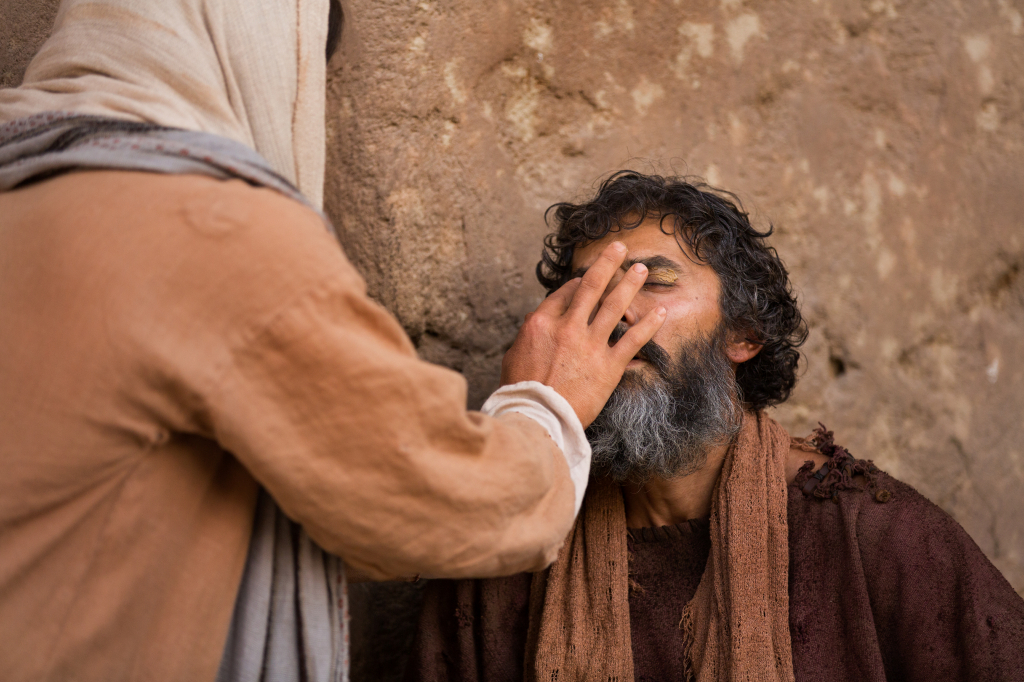 Jesus has several notable instances of healing blind men—Bartimaeus called out to Jesus and was healed because of his faith (Mark 10, Luke 18); another blind man was healed in stages (Mark 8); and a man born blind was healed by mud put on his eyes (John 9). Then scripture speaks of spiritual darkness, blind leaders of the blind, blinded minds, or darkened understanding, with many other allusions to a state in which there’s no spiritual light.

I’ve been particularly sensitive to this topic recently as I’ve experienced visual difficulties and temporary loss of vision. Being partially blinded, even though it wasn’t prolonged, was a frightening prospect. But during this time, I experienced an even more troubling issue, and it’s just what Jesus spoke about: I’ve discovered spiritual blind spots, attitudes and spaces where I thought I saw, but my lens was completely distorted to my own perspective.

Melynda, my friend who does mediation with couples considering divorce, says that in most mediations the issue at hand is projection—“a defense mechanism in which the human ego defends itself against unconscious impulses or qualities (both positive and negative) by denying their existence in themselves while attributing them to others. For example, a person who is habitually rude may constantly accuse other people of being rude. It incorporates blame shifting” (Wikipedia). Essentially, when we have a problem, we think it’s the other person.

Our blind spots come as a result of our training/teaching or our environment, and they typically keep us from perceiving truth about ourselves or others. But that’s no difficulty for the indwelling Holy Spirit. He is able to open our blinded eyes and to restore our sight. There is only a single caveat: “Do you want to get well?” (John 5:6) If so, ask Jesus in faith, believing, to restore your sight. He is able to do exceeding abundantly above all we can ask or think (Eph. 3:20).

Father, with Bartimaeus I cry out, “I want to see.” In Jesus’ name. AMEN.