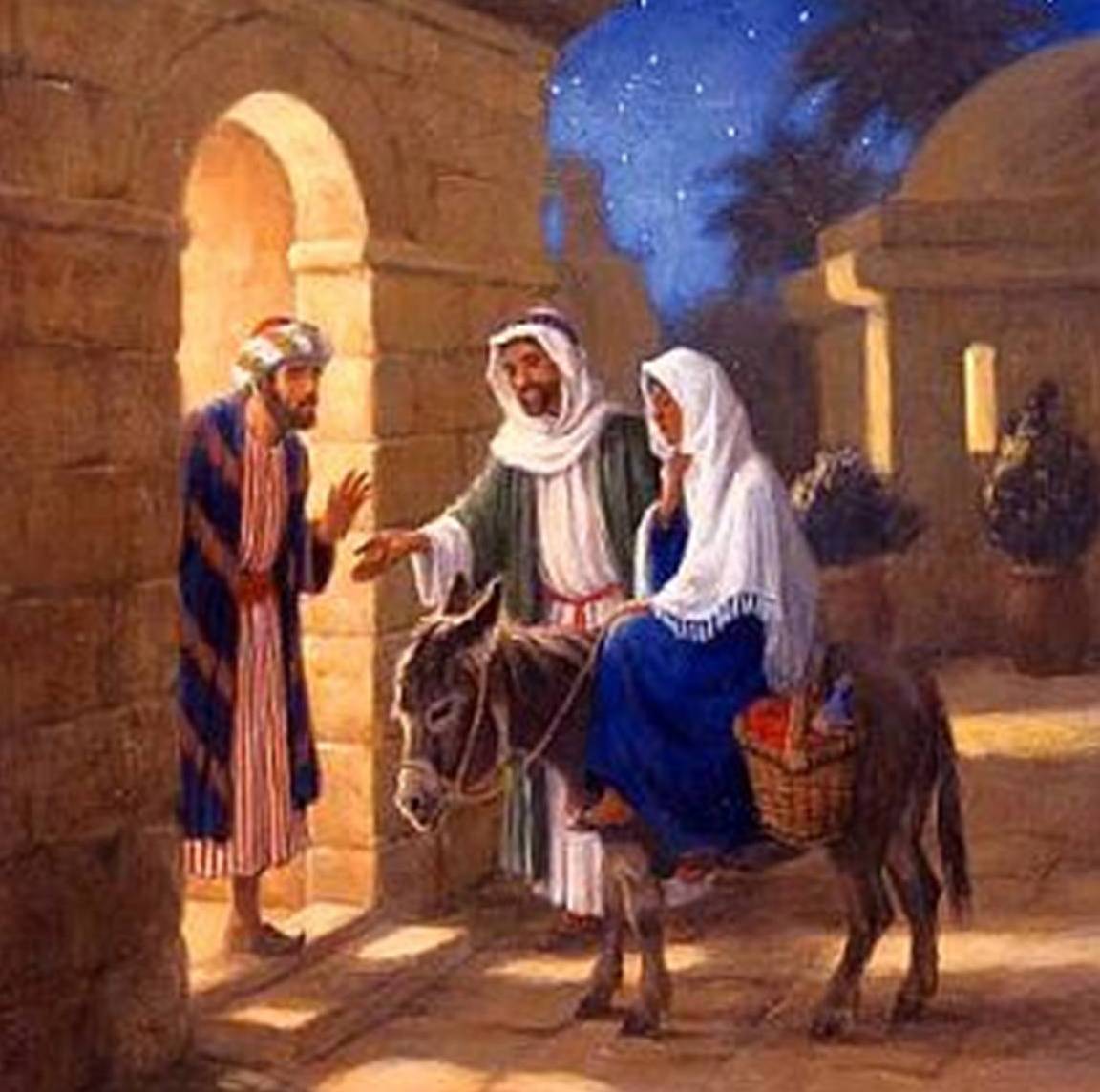 The eternal God is your refuge, and underneath are the everlasting arms.  Deuteronomy 33:27

Imagine having an angel appear with a message that will dramatically alter your life and possibly even end it.  That was young Mary’s experience when Gabriel appeared announcing her choice as the mother of Messiah.  Mary’s trusting response: “… Behold the handmaid of the Lord; be it unto me according to thy word” (Luke 1:38).  Mary didn’t question; she said, “Yes.”

Do you think that Mary had second thoughts after the aura of the angel had faded away?  Did she, perhaps, wonder if her mind had been playing tricks?  Had she been daydreaming or had her imagination been playing games?  The Bible doesn’t speak to that.

And then there’s noble Joseph who learns that his fiancé is pregnant with someone else’s child.  He could have publicly denounced her, even led to her stoning if the old rules were still to be observed.  But Joseph, God’s earthly father for his Son, was also attuned to God’s voice who assured him that the baby was God’s only Son (Matt. 1:20-21) and that he could continue his plan to marry her.

This is all part of the story that we know and recite, but have you considered the magnitude of Mary and Joseph’s faith in participating in God’s plan?  Of all the questions and struggles they might have endured?  Of all the struggles we sometimes experience as we step out in faith to do the unthinkable?

There’s more.  God didn’t engage Mary and Joseph in a wild-haired scheme and then expect them to work it out on their own.  Not in the least!  Instead, God was with them each step of their marvelous journey.

Look at the confirmations (plural).  Mary went to visit Cousin Elisabeth (the priest’s wife) who, upon seeing her, spoke a blessing and declared that she was carrying “her Lord” in her womb (Luke 1:42-43).  And then near Bethlehem the shepherds saw the angels and went to see the baby (and his parents) whom the angels had announced (Luke 2:8-20).  Just a few days after Jesus’ birth he was taken to the Temple for circumcision where he met Simeon and Anna who both confirmed Jesus as Messiah (Luke 2:21-38).  Finally, the wise men, strangers from a far country, arrived at Mary and Joseph’s dwelling to find Jesus, fell down, worshipped him, and presented their gifts (Matt. 2:11).

God had chosen Mary and Joseph for a unique life as earthly parents to his Son.  They were challenged to trust their heavenly Father in bringing Jesus into the world, but God didn’t leave them without his Presence and his guidance in doing his will.  We don’t know what was happening in the hearts and minds of this young couple, but we do know that God continued—in his own miraculous way—to encourage them and to confirm his word spoken by the angels.  What Mary and Joseph acted out in their lives, God validated by one and then another of his servants.

And so it is in our lives.  Whatever the faith walk to which God calls us, we never need to fear—even if it seems totally preposterous.  God is able to lead us to his fulfillment; to provide the resources to achieve the goal; and the encouragement to keep us moving in the most trying of times.  He knows exactly what we need to carry on.

When there was nothing visible to see, Mary and Joseph trusted and obeyed.  And God confirmed their faith.

Father, give me the courage of Mary and Joseph to follow in the hardest times, knowing that you are with me until I reach your destination.  AMEN.