…you meant evil against me, but God meant it for good… Genesis 50:20

One of the most beautiful characters in the Old Testament is Joseph—after his refining process. You know the story quite well. Joseph was his father’s proclaimed favorite. Jacob didn’t even bother hiding his preference from his ten other sons. Talk about setting the boy up for disaster. Joseph’s mother was his father’s favorite wife Rachel, and that preference caused grief, not only to stepmother Leah but also to her sons. Dad did them all a disservice. But God…

Joseph’s boasting was a natural characteristic for a boy who’d been singled out and who had been robed in clothing fit for a prince. None of his other siblings even came close to the special attention Joseph received on a daily basis. Poor, clueless Joseph even had the temerity to tell his brothers and his father about his dreams of future greatness. That didn’t sit well…

When the brothers had stood as much as they could, Joseph was sold into bondage. (The original plan was to kill him. But God…) Initially, Joseph obtained the confidence of his master and became the ruler of his household, but a false accusation landed him in prison. There Joseph again was given the trust of the prison’s lord, and he became the chief administrator. Joseph thought he had a chance to escape when he interpreted dreams for the pharaoh’s cup bearer and baker. But they, too, forgot him.

Finally, “in the fullness of time,” after Joseph had experienced fear for his life, loneliness, false accusation, humiliation, all the purging needed for the true gold of his character to shine through, God gave pharaoh a dream that only Joseph could interpret. When the time was right, God brought Joseph out of prison where he acknowledged God’s power and praised him as the one who gave the interpretation of dreams.

Josephs’ decade or so in Egypt made him an overnight success. He saved the country, and he saved the nearby countries including his homeland. When his brothers came to buy grain, he tested them to see if there had been a change since their cruelty to him. The desperate talk they shared among themselves was enough to bring Joseph to tears. He knew that while God was refining him in Egypt, he was also changing the hearts of his brothers in Canaan.

Papa Jacob was able to reunite with his lost son, and the family was restored. Almost. When Jacob died, the brothers humbly and subserviently came to Joseph hoping for their father’s sake that he would be merciful to them. We hear Joseph’s renewed heart as he weeps with his brothers, “you meant evil against me, but God meant it for good.” God took all the grief and heartache that Joseph had experienced and stripped away the pride and egotism, all the self-orientation that had clouded his vision and made Joseph his man for his purpose.

And they all lived happily ever after.

Father, even as we weep over the griefs in our lives, cause us to trust you to use all these things for your purposes and for good. Help us to release the sorrow so that you can transform it for your purposes. In Jesus’ name. AMEN. 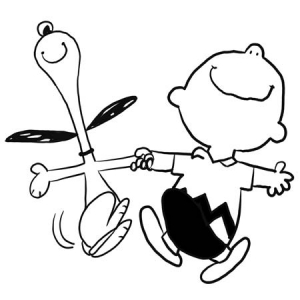 …the joy of the LORD is your strength. Nehemiah 8:10

Every morning of the year, my little next door neighbor burst out of his house with unrestrained singing. I came to look forward to a serenade each day as Ben made his way through the garden to school or to play or to the day’s activity. Throughout the years, Ben’s singing matured and blessed me until he decided to grow up, go to university, and finally marry. And he also went into ministry, no surprise.
The people of Judah who had experienced long years in exile finally returned to their homeland (as God had promised) and settled in to reclaim their heritage. Nehemiah led them in the rebuilding of Jerusalem’s wall that had been destroyed by the Babylonian invaders. Many families and tradesmen committed to restoring a section of the wall, and as they all united, the wall and doors were all put back in place.
It was time for celebration. But first, Ezra the priest brought out the Law of Moses, which had been neglected for many years. He read aloud to the people from daybreak until noon, and as the people understood the words, they began to weep. Nehemiah, the governor, and Ezra halted their mourning with, “This day is holy to the Lord your God. Do not mourn or weep” (8:9). These wise leaders knew that grief would suck the victory from the long weeks of effort the people had faithfully put into rebuilding the walls of Jerusalem.
Instead, Nehemiah instructed them to bring out the party food, to send treats to those who had nothing prepared. They were not to grieve, for “the joy of the Lord is your strength” (8:10). Scripture records that the people celebrated with “great joy.” In fact, their celebration had not been as intense since the days of Joshua. As the Word settled into their hearts, Ezra was able to continue his teaching (and reading), and the people heard the words and rejoiced.
Think of what a little joy could do in our lives. God’s joy (based on our righteousness in him) brings great freedom and empowers us to live, celebrating his Kingdom at work in and through us. Let’s practice “singing psalms and hymns and spiritual songs among [ourselves], and making music to the Lord in [our] hearts” (Eph. 5:19). Bring out the joy. It might even help to restore some of the brokenness in our own lives.

Sweet Father, thank you for your joy that is not based on happenings but on your realities. Stir up a song within us all. In Jesus’ name. AMEN.