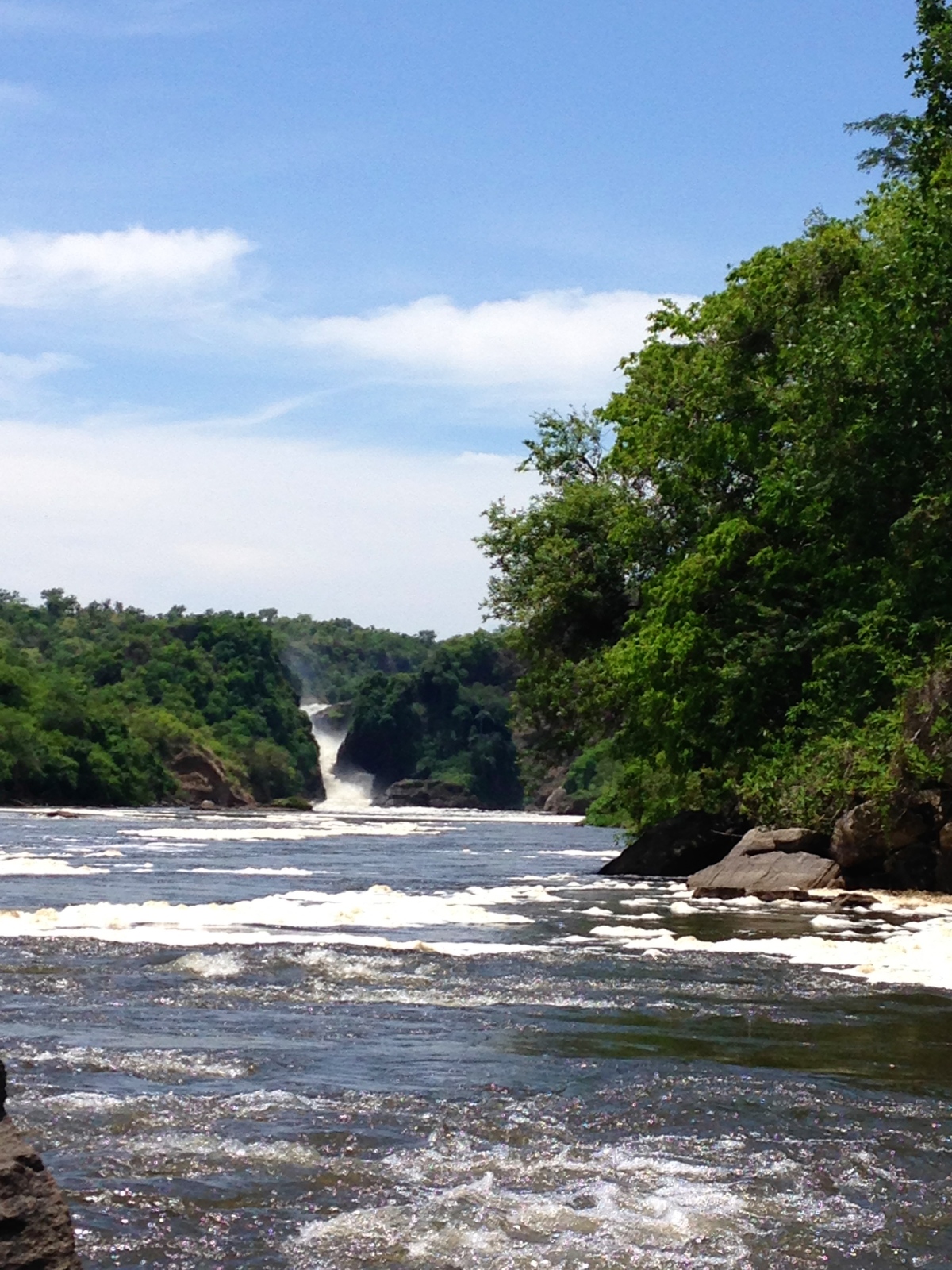 This is the day which the LORD hath made; we will rejoice and be glad in it.  Psalm 118:24

We’ve awakened today with a gift from God—this very day.  There will be so many choices and opportunities.  What will we do with the gift?

We enter his courts with praise, confidently abiding in the presence of the Lord.  …in him  we live and move and have our being.  (Acts 17:28)  Today if something should try to shake my rest in him, I will redirect my attention and climb back into his arms.  After all, Who can separate us from the love of Christ? Shall trouble or hardship or persecution or famine or nakedness or danger or sword? No, in all these things we are more than conquerors through him who loved us. For I am convinced that neither death nor life, neither angels nor demons, neither the present nor the future, nor any powers, neither height nor depth, nor anything else in all creation, will be able to separate us from the love of God that is in Christ Jesus our Lord.  (Romans 8:35, 37-39)

What a great day.

Father, keep us steadfast in your love today, rejoicing in you and not allowing circumstances to determine our attitudes or behavior.  We are your children; we rejoice in you.  AMEN.

But if any of you lacks wisdom, let him ask of God, who gives to all generously and without reproach, and it will be given to him.  James 1:5

My grandmother was critically ill in the hospital.  Mother’s two brothers had entrusted her with decision-making for their mother, and they had all agreed that there would be no life-support systems used at the end.  Day after day Grandma clung to life with Mother faithfully attending her.

Then came the day the doctor approached Mother with a suggestion.  He deemed that a blood transfusion would make Grandma more comfortable, and he strongly advocated for the treatment.  Exactly the quandary our mother feared.  Her brothers had given her their trust, and now she had to make an awful choice:  Should she allow the transfusion that might prolong Grandma’s life while violating his brothers’ wishes or should she tell the doctor “no”?  Would the brothers consider a transfusion “life-support”?

In her simple, straightforward faith, Mother reasoned with the Lord.  I don’t know the right decision.  I don’t want to go against my brothers, and I don’t want Mother to suffer.  Father, I will go with the doctor’s suggestion and ask that you be sovereign and overrule it if it’s not for the best.  The medical staff proceeded with the transfusion, and my Grandma passed away shortly afterward.  And my mother was at peace.

Was this God’s wisdom?  Did God take a hard thing and resolve the dilemma?  I’m sure Mother played out all scenarios and felt herself to be in a no-win situation, but she followed the direction of her heart and ended in a place of peace that satisfied everyone.

When we ask for wisdom in a difficult situation, do we sometimes fail to hear God’s voice because we expect something complex and profound?  Think of Jesus’ resolutions throughout his ministry:  No food?  Use what you’ve got and feed thousands.  You touched me even though the doctors didn’t help for years?  Be healed.   No tax money?  Go fishing.  You’re blind?  Let me put mud in your eyes.  And so on…

God is able to give us exactly what we need for every circumstance.  We just have to learn to be simple and to expect him, to believe him to give us wisdom, and then to thank him for his gift.

Father, you are God, and we are not.  We need you every moment of every day.  Help us to be like little children and to trust you to guide us to make good decisions.  In Jesus’ name.  AMEN.

Now all glory to God, who is able, through his mighty power at work within us, to accomplish infinitely more than we might ask or think.  Ephesians 3:20  (NLT)

Only those who were truly intimate knew the difficult circumstances of Ms. Edith’s marriage.  Her husband was demanding, often unreasonable, and extremely careful about money.  The grace-filled life that people saw from the outside was almost entirely due to Ms. Edith’s interior life.

She said she’d given her heart to Jesus when she was a little girl of five, and she had never taken it back.  He was her best Friend, and she learned to utilize difficulties as vehicles for spiritual growth.  The very discomforts that could have crushed a soul were transformed instead into parables for the many who sought her counsel and who turned to her for comfort in their own trials.

There was a grief, however, that burdened Ms. Edith for years:  She anguished at Christmas or birthdays or occasions for giving gifts.  The budget imposed on Ms. Edith didn’t permit her generous soul to give as she would have liked.

After years of agonizing over this seemingly impossible constraint, Ms. Edith did what she did so well.  She prayed.  She asked God somehow to allow her to give abundantly from her heart.  And then the idea came.  Ms. Edith thought of all the fabric scraps she had from years of sewing, and she began experimenting with making appliquéd pictures.  At first they were simple, but as her confidence grew, and her imagination was given free rein, her pictures became works of art.

Cleverly, Ms. Edith invited her husband to craft frames for her creations, and together their artistry became known and highly desired in their community.  Friends and family were all hopeful they would be among those receiving a Ms. Edith picture.  As her skills grew, Ms. Edith was invited to teach in a local specialty shop, and her pieces soon were bringing in fees that she could not have imagined.

The limitation that had initially brought so much grief to Ms. Edith was embraced and became the incentive for reaching inside to allow the inner beauty to be expressed through her fingers.  While few people knew the pain that had been the impetus of her gift, everyone delighted in the joy that she had wrung from her sorrow.

Loving Father, thank you for transforming sorrow and pain and suffering into things of beauty as we trust you to grace and fill and use us for your dear purposes.  May we, like the oyster, learn to embrace the irritants that they might become objects of beauty to your glory.  In Jesus’ name.  AMEN.

When I was newly-returned to university, I struggled to balance parenting, two jobs, and college requirements.  It took all the energy and grace I had to address each responsibility in a fairly adequate manner and still ensure my own spiritual and mental health.

And then one of my children had a minor crisis in school – just as I was preparing for a mid-term exam.  I worked with elementary teachers to resolve the issue, and then I spoke to my university professor.  I wanted to see if my mid-term could be delayed a while so that I could take these challenges one at a time.  That made perfect sense to me.

She said something I’ve never forgotten.  “Marthe, you will find that life doesn’t stop to make allowances for crises.  There are no convenient times for problems.  It all flows together.  It’s up to you to handle everything as it comes.”  She didn’t tell me how to do it, but essentially she was saying that I couldn’t postpone the exam until I was ready, and that I wouldn’t be able to slow down time for my convenience.

This was possibly one of the best lessons I learned in that Early Childhood Development class.  Life comes at you fast, and the only way we can stay poised and at peace with the stresses that make up every single day is to invite Christ into every situation.  We ask for his guidance, wisdom, and grace.  We ask for help in prioritizing the issues.  And it works.  We can’t manage or control the circumstances that intrude into our lives, but with Christ’s help, we can manage ourselves with regards to the circumstances. It works.

Thank you very much, Dr. Waldron.

Sweet Lord, you see the end from the beginning, and nothing ever takes you by surprise.  Help us to remember that if we’ve asked you to be Lord, we must act accordingly. Forgive us if we complain about the overload.  You know exactly what we can bear and are there to carry the load when we can’t.  Thank you.  AMEN.