And let us consider how we may spur one another on toward love and good deeds, not giving up meeting together, as some are in the habit of doing, but encouraging one another—and all the more as you see the day approaching. Hebrews 10:24, 25

No, I’m not thinking of Fr. Timothy’s dog in Jan Karon’s “Mitford Series.” As delightful as I found big, shaggy Barnabas, I’m thinking of a saint with the same name who appears throughout Acts and in a couple of Paul’s letters.
The name Barnabas means “son of encouragement,” and that’s just what we find Barnabas doing at almost every sighting. For instance, Luke writes in Acts 4 that Barnabas was generous in selling a property he owned and bringing the proceeds to the apostles to apply to the needs of other believers. His example surely must have stirred others to follow his lead.
After Saul experienced his dramatic conversion on the Damascus road, he tried to join the disciples in Jerusalem, but they were all afraid of him. It was Barnabas who went to Saul and brought him into the closed group, telling them about Saul’s amazing encounter with the Lord and about his preaching afterwards. It was because of Barnabas’s courage that Saul (whose name was changed to Paul) was accepted by the church and freed to speak and teach about Jesus in Jerusalem.
Later, when the church at Jerusalem heard that Greeks in Antioch had believed and turned to the Lord upon hearing the Good News, whom did they send to encourage those new believers? Barnabas. And when he arrived, his faith and Spirit-filled life caused many more people to come to the Lord. But Barnabas didn’t stop there. He went to find Paul (who had gone to Tarsus) to come help disciple the new believers, and it was at Antioch that the disciples were first called “Christians” (followers of Christ).
When Paul took his first missionary trip, the Holy Spirit directed that Barnabas accompany him. A bit later in the journey, young John Mark left the group and headed back home while Paul and Barnabas traveled extensively throughout Asia preaching and establishing new groups of disciples. Sometime after their return, Paul suggested to Barnabas that they make another trip to check on the fledgling churches, and Barnabas wanted to take John Mark. Scripture notes that they had a “sharp disagreement” wherein Paul refused to let Mark be part of the mission. It may be that Barnabas wanted to give Mark a second chance. Whatever it was that caused Mark to leave them earlier, Barnabas forgave him and invited him to go with him as they parted company with Paul on their second missionary voyage.
Notice the beautiful characteristics that identified Barnabas: generosity, trust, advocate, reconciler, encourager, “discipler”. Barnabas was the kind of person you would want with you when the chips were down. Everywhere he went, Barnabas seemed to radiate a deep-seated joy, confidence, and Jesus’ amazing love. He modeled redemption, just like his Lord. He was the saint who lived into his name.
If you had one call to make, you’d want it to be to Barnabas.

Father, make us Barnabases who go around lifting and cheering, affirming and encouraging because of who you are in us. In Jesus’ name. AMEN. 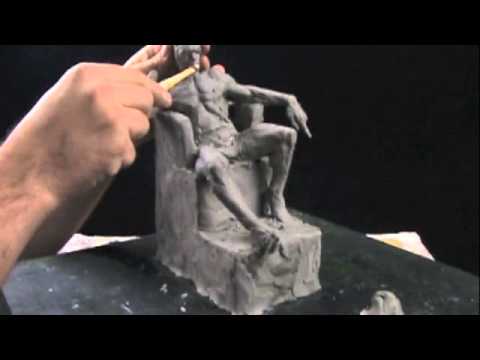 And we all, who with unveiled faces contemplate the Lord’s glory, are being transformed into his image with ever-increasing glory, which comes from the Lord, who is the Spirit. II Corinthians 3:18 (NIV)

You’ve probably heard the story that’s attributed to Michelangelo upon the completion of his masterpiece David. According to some accounts, the sculptor was asked how he created such a stunning work from a flawed piece of marble. His purported response, “It is easy. You just chip away the stone that doesn’t look like David.” A quaint tale but probably just an urban myth.
In our lives as disciples, we very well recognize the process that can be experienced any given day as God chips away at the matter that forms us and transforms us, “slowly by slowly” into that person he intended us to be from Creation. He’s making us into what Eugene Peterson calls “our true self” while Oswald Chambers says God is changing our individuality into personality.
Paul, especially, gets in on the discussion when he writes about dying to self and the flesh that probably gives us more trouble than any evil thing that can be flung our way. Remember the old saying that a corpse doesn’t respond to good or ill? That’s not exactly what God is doing with us, but as we become our true self, Jesus increases and we decrease. We are becoming.
God gives us that tricky power of will so that we can either choose to cooperate with his process or resist and find it’s not comfortable “kicking against the pricks.” God is constantly working in us “to will and do of his good pleasure,” and as he works in us, those parts of us that are not our true self are chipped away. Yes, it can sometimes be painful, but the result is pure beauty.
In “Let Go” Fenelon reminds us that we shouldn’t be surprised at what God reveals in us—sensitivity, impatience, haughtiness, self-will. That’s just our “natural disposition, and without God’s grace, [we] will never be anything different.”
So what are we to do? Rest. We simply rest and cooperate with the chipping that God is doing. He won’t remove anything but those extraneous things that have leeched onto us as we’ve bumbled along in our independent search for piety. God doesn’t need our help to make us saints; he just wants our cooperation, and he asks us to trust him and be still while he’s working.

Father, we love seeing your handiwork in others but don’t always appreciate your methods as you work in us. Thank you for patiently bearing our protests. Please keep up the good work. In Jesus’ name. AMEN. 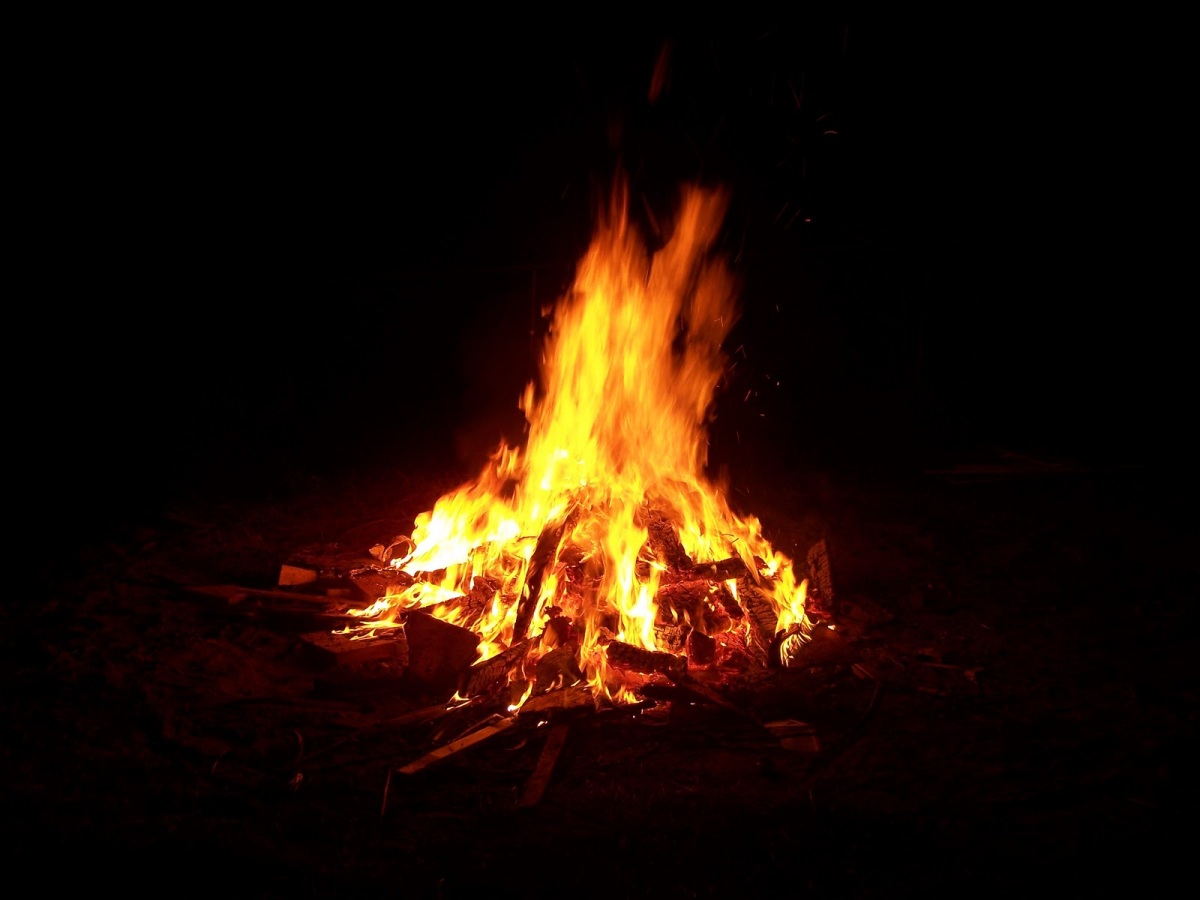 Therefore, since we are surrounded by such a great cloud of witnesses, let us throw off everything that hinders and the sin that so easily entangles. And let us run with perseverance the race marked out for us… Hebrews 12:1

Please come on Monday
The day after Sunday,
And mind that you start with
Something to part with;
A fire shall be ready
Glowing and steady
To receive it and burn it
And never return it.
Books that are silly,
Clothes outworn and chilly,
Hats, umbrellas or bonnets,
Dull letters, bad sonnets,
Whate’er to the furnace
By nature calls “Burn us!”
An ancient, bad temper
Will be noted no damper—
The fire will not scorn it
But glory to burn it!
Here every bad picture
Finds refuge from stricture;
Or any old grudge
That refuses to budge,
We’ll make it the tomb
For all sorts of gloom,
The out-of-door path
For every man’s wrath.
All lying and hinting,
All jealous squinting,
All unkind talking
And each other balking,
Let the fire’s holy actions
Turn to ghostly abstractions.
All antimacassars,
All moth-egg amassers,
Old gloves and old feathers,
Old shoes and old leathers,
Greasy or tar-ry,
Bring all you can carry!
We would not deceive you:
The fire shall relieve you,
The world will feel better,
And so be your debtor.
Be welcome then—very—
And come and be merry!

Yes, Lord, there’s a lot we need to burn as we begin this new year.  We determine to let go.  AMEN.